First of all I have to admit to this being my FIRST EVER blog. And I’ve come to the realisation recently that the reason I haven’t got stuck in sooner is that I hate not knowing how a story ends. Since I was a kid I’ve always skipped to the end of books before I start them to get at least a clue about what happens. So writing about life as it hits me, without the nice, soft cushioning of hindsight feels reckless. But then I realised that trying to write after you die is even more reckless / impossible. And the other thing life has taught me is that things rarely pan out the way you expect anyway. In the last four years I’ve changed country once, city twice, job twice (more on that later), relationship once and been through the mind-blowing experience of growing a brand new human being and keeping it (*her) alive for a whole year. It’s been amazing but not in any way how I’d scripted it all in my head.

So in the spirit of embracing stories that don’t end how you expect them to, this is a post about a girl (me) who tries to go back to work and how this was the hardest damn thing she has ever tried to do.

Pre baby I’d had a successful career in sports marketing (and despite what my friend Julia thinks, yes that is a ‘real’ job!) I’ve lived and worked around the world and been part of some of the greatest sporting events on the planet from the Olympics to the Hong Kong Rugby 7s (otherwise known as the world’s best fancy dress party for the less sporty amongst you). But the travel, mental hours and endless client entertaining is not exactly conducive to having a family. So even before our daughter came along, me and the hubby made the move from London to Bristol in search of a bit more fresh air and balance. Whilst up the duff, I landed a job with a non sporty marketing agency in Bristol and came out of that confident that my skills and experience in sport translated pretty neatly into marketing other stuff (in this case Thomas the Tank, Mega Bloks and a load of other brands that are now creeping into my ACTUAL life). Happy days. I was employable, this Bristol move was going to work and I was going to breeze into a job as soon as I had pushed the small human inside me out and completed a year’s secondment as a mother. Wrong.

Becoming a mum was by far the best promotion of my life and despite all the tough bits (and god knows there are many), it has been hands down, my favourite year ever.  When it came to going back to work earlier this year, I was feeling a bit sad about ending such a belter of a chapter but never for a second considered I wouldn’t go back or that I’d feel any differently about work once I got there. As I’d contracted in the era immediately BC (henceforth this shall mean ‘before child’), I didn’t have a role to go back to and so the interview treadmill whirred into action. That’s when I got the first glimpse of what juggling two full on jobs would look like. Desperately stealing minutes over nap times to prep for interviews, bribing the grandparents to come and provide childcare while I reacquainted myself with heels and tottered off to interviews, and scraping the Sudocrem off my brain and kicking it into gear again was hard. In the end, I accepted my wild card, a role in medical marketing, and happily cancelled my second interviews elsewhere. Phew. Job done.

Except it wasn’t. Despite being a great young company with big ambition, I quickly realised that the game had changed. Applying all the rules of BC Sal I’d taken the hardest, ‘biggest’ option; a new role in a brand new, highly specialist industry. My mantra when a job was hard in the past was to just work harder. But with nursery pick ups and drop offs I couldn’t be in the office at sunrise and HAD to be out of the door by 5pm. By the time I’d juggled an exhausted toddler who had gone from having me around 24/7 to ten hour days at nursery, bolted down some dinner and sat in front of the laptop for another few hours,  I was exhausted too. But I couldn’t sleep because of this horrible encroaching feeling that I was failing at everything. And so the vicious circle continued.

After three weeks I quit. It was the toughest and one of best decisions I ever made. To my relief, my bosses understood. I think they’d seen it coming before I did and they let me nip out of the building quietly with reassurances that I would have got there in the end and not to let it knock my confidence too much. I then spent a good month feeling broken. I felt that I had failed. I felt embarrassed. And it kinda rocked me to my core because I wasn’t the girl who quit. I was ambitious and successful and it was in my DNA. So what the hell was wrong with me? I lost all confidence in who I was.

I can honestly say it’s taken a good few months of soul searching for me to get my shit together again. But I needed the jolt of failure to realise that you have to fail forward. You have to make something good of it. And then failing isn’t failure at all. Redefining failure has also meant redefining success. For me, success isn’t finding the biggest job I can possibly do that earns me the most dosh and the biggest kudos on Linkedin. It’s about being the kind of parent I want to be (one that’s there for drop-offs and pick-ups, sports day and Christmas plays, tea times and the unscheduled moments of need as your little person or people get bigger and more emotionally complex); it’s about having food with actual nutritional value in the fridge (yup sometimes that simple) and it’s about having a job that wraps its arms around all of that and makes you feel proud of everything you are doing – not just the work bit, not just the home bit but the sum total of all of it.

At the same time I discovered Digital Mums. If you don’t know about them, have a gander at their website (digitalmums.com) and breathe a big fat sigh of relief. At least that’s what I did. I devoured their web pages like the Hungry Caterpillar after a night on the smash. Two brilliant women (incidentally not mums) had taken a look at the unemployment statistics amongst mothers in the UK (2.6m!) and had decided to do something about it. In three years they’ve trained up nearly 1000 mums with sought after social media skills and over 85% have gone on to become the architects of genuinely flexible careers in the digital space.  It was a no brainer for me, a natural extension of all the skills I’d built up over the previous decade and I recognised versions of my story in so many of the digital-mums-to-be on that site. And so I started my Digital Mum’s journey this month. I have a real life client, a real campaign to deliver and real amount of fear. But it’s good fear.

So to the ending. I’m going to finish with a little story about a bike (bear with me). I decided it would be great to be able to take the sprog out for rides and realised my sexy road bike would no longer do the trick. So off I pedalled, pretty clueless, to the local bike shop (big up mud-dock.co.uk) who advised me that they could save me a buck or two by simply adapting my current wheels into a hybrid – fatter tyres, lose the curly handlebars in favour of ones that sit you more upright and get rid of the clippy pedals to avoid the awkward / life threatening thud to the side at traffic lights because you’ve forgotten you’re essentially footcuffed to your bike. And so I now have a decent looking bit of kit, with a lighter and sleeker frame than any of the hybrids I could afford, and the option of changing it back whenever I feel like it. And it struck me that this was a great analogy for my career right now. Work post baby hasn’t been like riding a bike and it’s involving not a total reinvention of the wheel but some pretty major tweaking in important places so I can be the kinda mum and kick ass professional I want to be. Utopia is that all employers will apply this bike analogy to themselves and start adapting their cultures and working practices to make flexible working a reality. I’m going to do my part to influence this (god bless you @MotherPukka and your  #flexappeal flash mobs) but until then, adapting my own bike and career feels like a good place to start. So I am ending with the start of my journey. God knows where it’ll take me but that’s ok. It feels good. Hop on if, like me, you’re a sucker for finding out what happens… 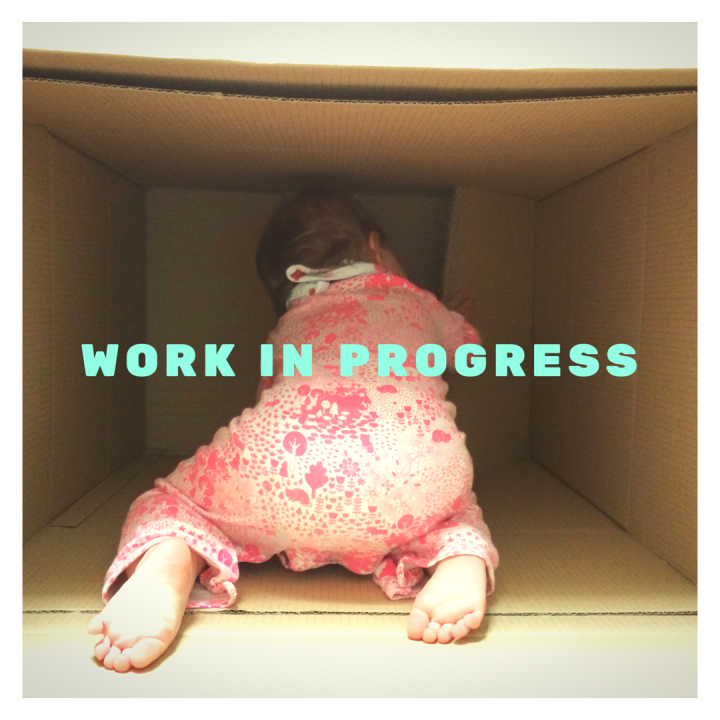 To you mum. It’s been three years and it doesn’t get easier. We miss you more not less with every year that passes without you in it. We just had the kind of weekend you would have loved and it was so bittersweet. Orla’s little face captures it so perfectly. We are smiling through the tears and we will miss you and honour you every day of our lives xx
May 2022 feel this good. Please.
Unbelievable skies this morning. The Christmas overwhelm is real but this is more real #antidotetochaos #whoneedssleepanyway
Today we lived above the clouds and felt very lucky to be alive #backyard #rechargingbatteries #snowtherapy
He is home. And he has his uses 🪜. We have officially pressed play on Christmas. And I am as tired and as happy as I look #home
What sorcery is this? ❄️ ✨ And if it’s snowing it must be Christmas so where is Santa? And when is daddy coming home? Life’s Big Questions. (The latter being the most important to mummy’s continued ability to make sentences) #ittakesavillage #whereisthisvillageyouspeakof
Loading Comments...
%d bloggers like this: